CNTC calls off strike after reaching agreement with MITMA 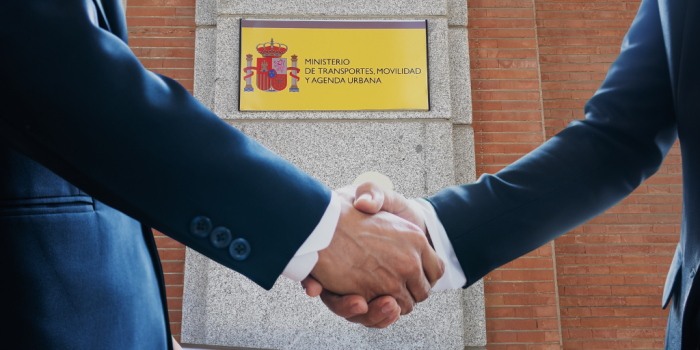 This Friday, the National Road Transport Committee (CNTC) has reached an agreement with the Ministry of Transport, Mobility and Urban Agenda (MITMA), which highlights the prohibition of driver participation in loading and unloading operations, a historical claim of the sector for the benefit of the working conditions of its workers. Waiting times have also been halved, after which the haulier will be entitled to compensation, as well as the treatment of drivers in loading and unloading centres.

Likewise, a commitment has been made to include a compulsory clause in the law to stabilise the price of fuel in transport contracts, without the possibility of any agreement to the contrary. This is another demand that the sector has been pursuing for years to balance the relationship between hauliers and customers.

In addition to these far-reaching measures, other commitments have been made by the Ministry, such as not introducing tolls for heavy transport without the consensus of the CNTC.

Regarding the possible increase in the load capacity of lorries, any modification will be made progressively and only in certain transport specialities, always with the participation of the CNTC, a measure adopted in the interests of sustainability and efficiency as a manifestation of the transport sector’s commitment to improving the environment.