Japan changes the chip and bets on diesel, why doesn’t this happen in Europe? 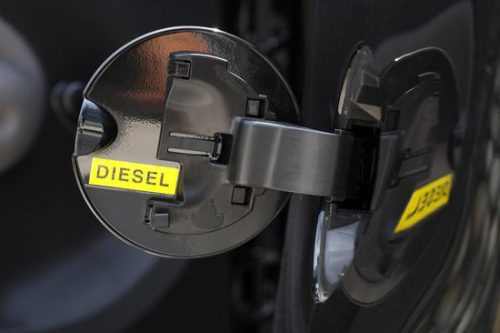 The emissions targets set by the European Union have put diesel in the spotlight when it comes to pollution. However, many people are unaware that vehicles using this type of fuel emit less CO2 than those using petrol.

In the search for a cleaner planet, Pedro Sánchez’s government remains convinced that “the days of diesel are numbered” and the socialist leader established in his programme to prohibit the sale of this type of vehicle in 2040, although now, the Minister of Ecological Transition, Teresa Ribera, has set a new date and it is in 2050 when the Spanish government hopes to achieve emission-neutral transport.

It is striking that the position taken by the European Union, and therefore the Spanish government, is the exact opposite of that taken in Japan.

In the 1990s, Japan was against diesel and took various measures to curb this type of vehicle. In 2005, the percentage of diesel cars on the road was not even 1%.

Since 2010, however, the way forward has been different. Japan considers that the latest models of diesel cars, those that are under the Euro 6 regulation, are cleaner and, as their CO2 emissions are lower than those of petrol vehicles, they have changed their strategy. Now the Asian country’s objective is that by 2030 the number of diesel vehicles should increase considerably and reach 15%. And how do they plan to achieve this? By offering aid of 1000 euros per diesel motor vehicle and by making a 75% discount on the road tax.

This has also been influenced by the fact that since 2005 sulphur-free diesel has been used, which is less polluting. In Europe the use of this type of fuel has been compulsory since 2009, so the fuel sold has a content of less than 10 milligrams per kilogram.

Recently, a study by Faconauto, the dealer association, revealed that in 2019 there was a 22.9% drop in diesel vehicle registrations, while gasoline vehicle registrations increased by 3.7%. From Faconauto they warn that to meet the emissions targets imposed by Europe for this year, it will be necessary for diesel vehicles to represent 50% of the market as they will not be able to exceed 95 grams of CO2 per kilometre travelled.

What about heavy vehicles?

Reducing fuel consumption and emissions is also one of the objectives on which the road haulage sector is focusing. However, the alternatives for heavy vehicles are few or, in many cases, not yet proven to be less polluting than diesel.

Without going any further, a study by the European Federation for Transport and Environment revealed that LNG (Liquefied Natural Gas) trucks emitted between 2 and 3.5 times more NOx gases. In fact, administrations are not clear either about the most efficient alternatives to reduce pollution and transport companies live in an episode of constant uncertainty. Another added difficulty is that electric trucks, for the moment, are not an option due to the low battery autonomy and the lack of recharging points.

Transporters are still looking for less polluting alternatives, but these facts only increase the uncertainty when it comes to renewing their fleets.

It is therefore necessary for the authorities to shed light on this issue, since there are only setbacks that, far from helping the transport sector, are stifling it even more. Investing in new fleets is a considerable expense and it is crazy to think of doing so without the guarantee that in a couple of years it will not cease to be the “solution” to pollution.

The transport of freight is the engine of the economy and it is vital to continue bringing to the citizens all that they need. We therefore need to be listened to and for the institutions, instead of pointing the finger at us when we talk about pollution, to recognise our efforts and provide aid and options with the real certainty that they contribute to improving environmental impact.