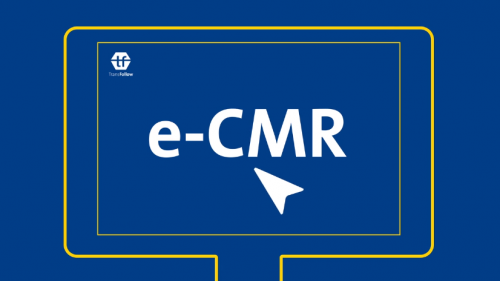 On February 22nd, the Resolution of February 13th of the General Directorate of Land Transport was published in the BOE, establishing the characteristics that electronic control documents for the transport of goods by road must comply with, as it appears in article 222.2 of the ROTT (Regulation of the Land Transport Law).
Among other things, it is established that the data must be accessible to all persons authorized to do so, that their storage and the sending of the documentation must be guaranteed and that the documentation, if it requires the signature of the parties, can be identified.

The Resolution also establishes the steps to be followed in the event of an inspection. If this is the case, the officers will provide the driver with a code to identify the documents and, once they have been sent, proof will be received that this communication has been sent. It will be the transport company or the representative who must send the documents through the Ministry’s website, in PDF format and with a size not exceeding 4MB. From that moment, the agents may review the documentation and, if necessary, attach it to the complaint.

The eCMR, the digital document to speed up transport

The Ministry of Transport, Mobility and Urban Agenda has taken a further step in its commitment to the digitalisation of transport and with the publication of this Resolution it is facilitating the implementation of the digital consignment note. For its part, CETM has been promoting the use of eCMR through the TransFollow platform for some time now. By using it, the steps that transporters have to take are expedited and, in addition, a huge amount of paperwork is avoided, since it is estimated that around 120 million consignment notes are issued in Spain, in the case of national traffic, and over 70 million if we talk about international traffic.
The eCMR is managed through a very intuitive electronic platform and only payment for the documents that have been issued is made, unlike what happens with paper. Once the data has been filled in, all the agents in the chain (carriers, shippers and the end customer) will know the information and can thus better track it.

Delivery and collection signatures are made via mobile phone and by means of a QR code that is unique and non-transferable for each driver. Another advantage of using eCMR is that it prevents documents from being damaged or lost.
In short, the digital consignment note makes processes more agile and efficient. To start using eCMR, CETM member companies only have to register on our website, indicating the provincial association to which they belong.

The Spanish Confederation of Freight Transport will continue to work so that digitalisation in transport ceases to be a challenge and becomes a reality.