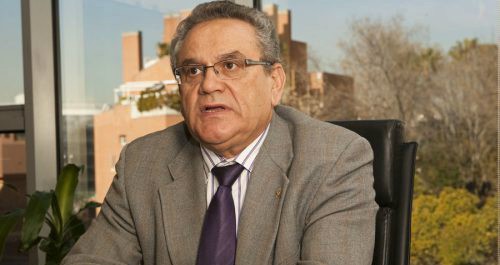 The General Assembly is the supreme body, and to this end has sovereign powers to hear and decide on matters that may be of interest to it.

It will be composed of the President, the members of the Executive Committee and the Board of Directors, the Presidents of the National Land Transport Council and the National Road Transport Committee, freight department, of the Ministry of Transport, Mobility an Urban Agenda, provided that they hold their office in representation of CETM and representatives of the member companies and organizations.

The Board of Directors substitutes the General Assembly in the periods between sessions, and will be composed of the Presidents of the member Organizations or persons from their respective Boards of Directors to whom they expressly delegate and by members of said Organizations, up to a maximum of 60 members.

The Executive Committee is the permanent organ of government, management, administration and direction, and will be composed of the President, the Vice-Presidents, the Presidents of the Organizations of national scope or persons of their respective Boards of Directors to whom these expressly delegate, up to four members chosen freely by the President and representatives of the different Organizations of national scope in relation to criteria of representativeness of the same ones with the position of Vocals, up to a maximum of 20 members and the General Secretary.

His appointment, which is made in a General Assembly, must be made by a person who enjoys the full rights of an association and is up to date with the payment of fees.

The President shall be assisted and substituted in the event of absence, illness or incapacity by the Vice-Presidents, in the order in which they are appointed, who shall be chosen by the President from among the members of the Executive Committee.

The President’s term of office shall be four years and he may be re-elected for an unlimited number of terms.