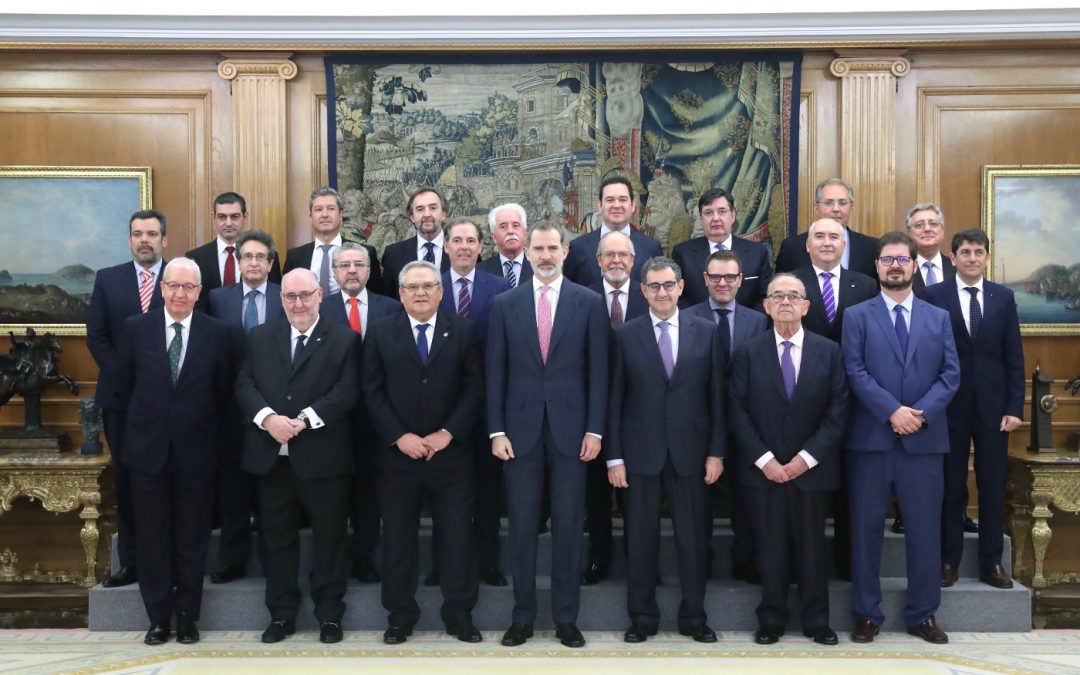 The Executive Committee of the Spanish Confederation of Freight Transport, headed by its President, Ovidio de la Roza, was received in audience this Thursday by the King of Spain at the Palacio de la Zarzuela.

Don Felipe greeted each of the members of the permanent governing body of the CETM and shared with them his first official meeting, a gesture that highlights the value of road freight transport in general, and the Confederation in particular, as the CETM is currently the largest business organisation in the sector, with more than 32,000 associated transport companies and nearly 150,000 commercial vehicles.

During the reception, Ovidio de la Roza conveyed to the King the concerns and projects of the Confederation and thanked him for his interest, understanding and support.

On the other hand, de la Roza has announced the Confederation’s wish that His Majesty should occupy the honorary presidency of the 18th edition of the Congress of Transport Entrepreneurs, which will be held on 28, 29 and 30 May in Alicante. Likewise, at the end of his speech, the President presented Don Felipe with the CETM Medal of Honour in gratitude for his commitment, dedication and effort in the freight transport sector.

The Executive Committee posed for a photograph in the audience hall of the Palacio de la Zarzuela and, at the end of the meeting, had the opportunity to have a relaxed conversation with His Majesty.