Possible mobilisation in France on 11 February against restrictions and vaccination 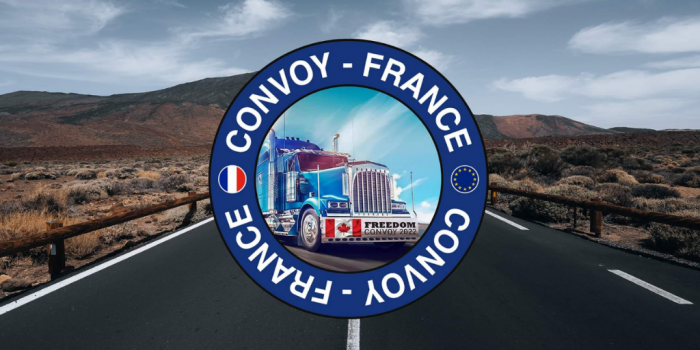 Over the last week, Canada’s capital, Ottawa, has been in the news due to the mobilisation of truck drivers, blocking the main streets and sounding their horns in protest the Covid-19 and vaccination restrictions.

According to French media reports, this movement, called ‘Freedom Convoy 2022’, has inspired French citizens and they are organising via Facebook and Telegram to hold a similar protest on Friday 11 February and another in Brussels on Monday 14 February.

It must pass through Aix-en-Provence, Avignon and Lyon before converging on Paris this Friday with the other convoys from all over France.#TruckersForFreedom2022 @EuropeConvoy #convoyfrance pic.twitter.com/mcM5b1aHLx

As reported by the daily Libération, lorry drivers are due to set off from Wednesday 9 February from Nice, Perpignan and Bayonne, from 10 February from Brest and Quimper, and from 11 February from Strasbourg, Lille, Cherbourg and Charleville-Mézières. Arrival in Paris will be on Friday 11 February at 20:00.

Due to the nature of this initiative, called through social networks, it is difficult to predict the number of participants if it finally takes place and what impact it could have, but from the CETM we ask transport companies operating in the country to take this information into account in case there could be traffic delays.

Here are some links to the traffic situation in France: